Delphi One Day Trip from Athens

A journey to the land of ancient prophecies

Get ready for an unforgettable Delphi tour, a one day trip to the “centre of the earth”, as it was once worshiped by the Ancient Greeks. We depart early in the morning from Athens, on a journey to the legendary seat of Pythia, the most celebrated oracle of ancient times, sought far and near for her insight into the gods’ whims and appetites. 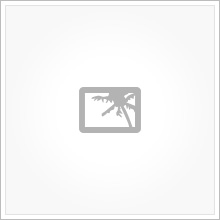 We will make our way through the rolling plain of Boeotia, renowned in antiquity for its grain fields and cattle, and through the city of Thebes, birthplace to the tragic King Oedipus and to the divine hero Hercules.

Following a short rest stop outside the town of Levadia, back on the air-conditioned comfortable bus we go and back en route to Mount Parnassus. As we approach Delphi, the deep seeded spirituality and the air weighing heavy with history will engulf us during what is promised to be a visit to remember.

As we pass by the Castalia Spring, situated in the ravine where the contestants to the Pythian Games, pilgrims seeking consult with the Oracle and even Pythia herself cleansed themselves and quenched their thirst, we will reach the archeological site which is abundant in ancient monuments and a feast for a traveler’s eyes.

Behold the monument of the Argive Kings, the Athenian Treasury, the Stoa of the Athenians, the Polygonal Wall, the monument of Platea and of course the Temple of Apollo, an imposing structure of Doric order whose existence has undergone turbulent and numerous incarnations, as well as the stunning view of the surrounding area. Explore the ruins of the forecourt of the temple where “know thyself”, one of the 147 Delphic maxims, was once inscribed.

Take a stroll over to the Delphi Museum, which hosts the frieze of the Treasury of the Siphnians, once erected to win the favor of the gods and increase the prestige of the city-state of Siphnos. It is considered to be the first religious structure made entirely out of marble. The museum’s collection also includes the colossal Sphinx of Naxos, the Statue of Antinous, who perished under mysterious circumstances, and the metopes of the Athenian treasury which will give us a glimpse of the adventures of the heroes Theseus and Hercules. Other cornerstones of ancient history on the exhibit list include the notable bronze Charioteer and a plethora of other artifacts.

After we break for lunch, we will carry on with our visit to the prominent Athena Pronaia Sanctuary, without doubt the most characteristic monument at Delphi. This circular building of unknown purpose is a masterpiece of Classical architecture and is usually featured on all visitors’ camera rolls or, nowadays, on the memory cards of their digital cameras.

On our way back to Athens, we will pass by the lively traditional village of Arachova, a cosmopolitan winter destination perched on the south slopes of Mount Parnassus, known for its traditional wool rugs, gourmet foods and local wines.

Tips by a local

In the summer time, expect mostly hot weather in Greece during the day and cooler in the evening so for such a walking tour within the archeological site and museum, we suggest that you opt for comfortable walking shoes, sun glasses, a hat and loose clothing. Let’s not leave our accommodations without sunscreen no matter which fun tour or multi-day tour we choose: better safe than sorry when you are vacationing in or visiting our warm and sunny country.

Ancient Corinth and Dafni Monastery from Athens From:...

This site uses cookies. By continuing to browse the site, you are agreeing to our use of cookies.